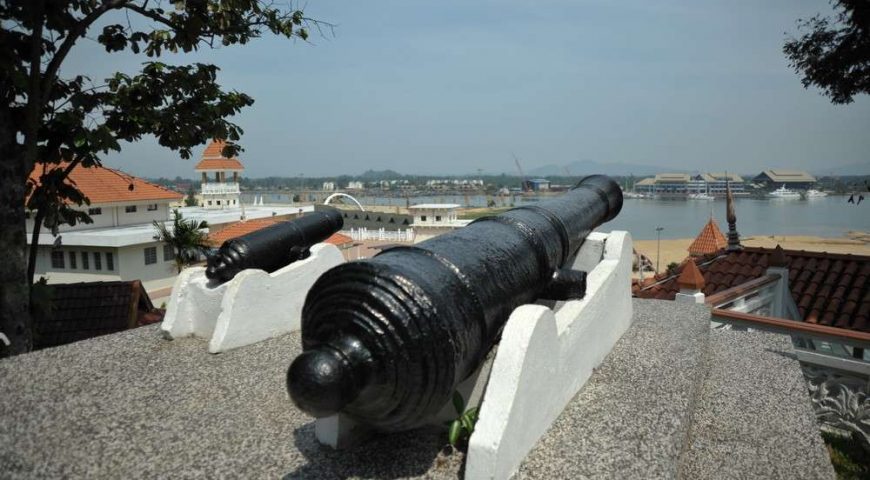 A legend tells the story of a kind hearted princess who lived on the hill who was generous enough to lend her dining and cooking utensils to those who sought her help for their celebrations. Unfortunately, these utensils were never returned to her and disappointed with the attitude of the folks who lived at the foot of the hill, she left the Bukit Puteri and never returned.

The hill had already been documented in the annals of Terengganu history since the 16th Century and it was during the reign of Sultans Mansur, Muhamad and Omar in the early to late 19th Century that Bukit Puteri was better known and became significant as a stronghold to defend the sultanate during the civil war that occurred at the time.

Today, visitors will find an old relic in the shape of a bell or genta which was used to mark special occasions or when an unfortunate event happened. During the month of Ramadhan, the genta was sounded for the breaking of the fast. There is also a set of cannons (meriam beranak) left from whence there were once aplenty and a lighthouse that was used as a beacon for maritime travellers to find their way into Kuala Terengganu. From the top of the hill, you will get a panoramic view of the Terengganu River and its surroundings and the Istana Maziah beneath below. – Credit – http://beautifulterengganu.com