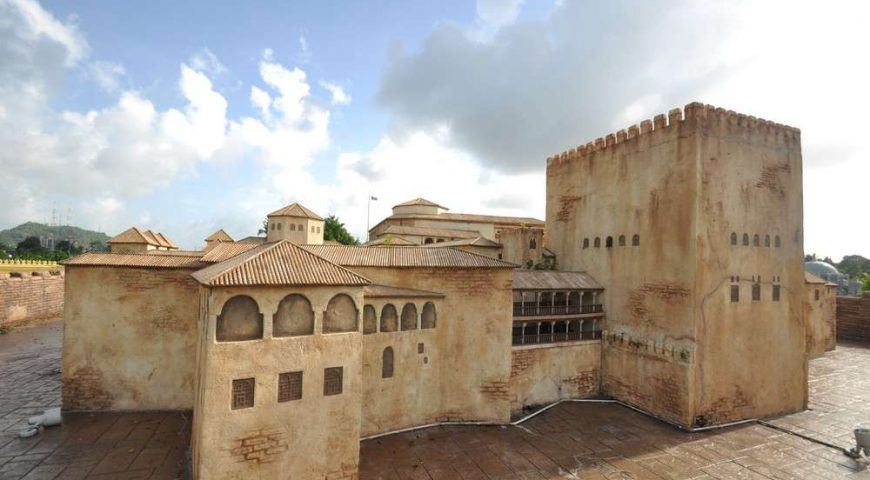 One of the most popular attractions in Kuala Terengganu is the Taman Tamadun Islam or TTI (Islamic Civilization Park) situated on Pulau Wan Man not far from the estuary of the Terengganu River. TTI is an Edutainment Park spread across ten hectares filled with replicas or monuments of 22 exquisite and most famous mosques around the world.

From the Taj Mahal, the Grand Mosque of Mecca to the Grand Mosque in Niger, replicas of the Islamic world’s famous mosques and monuments are displayed. Visitors can also enjoy the audio visual and interactive features of the park which aim to educate visitors on the various aspects of Islamic history and civilization around the world.

TTI has a convention centre that can cater to weddings and banquets. The Crystal Mosque is part of TTI and is open for prayers. Not far from it is a guest house for visitors who’d want accommodation during their visit to Terengganu.

Another service provided by TTI is a river cruise that brings tourists on a tour of the Terengganu River. You will be able to see kampongs and boat yards, which basically gives a glimpse of how the locals live along the river. Night cruises are also available where dinner is served on board.

Soon, new attractions will be added. These include an amphibian bus, that goes on both land and water, and a Light and Sound spectacle. Look out for the announcements of when they are available to the public.