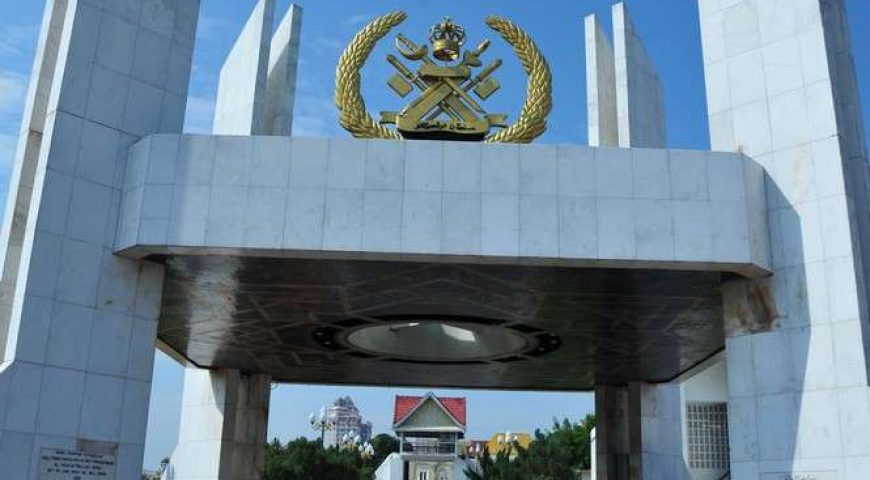 Once the seat of the Sultanate, today Istana Maziah is used for royal celebrations and ceremonies only. And there are plans to turn into a museum in the future. The Istana sits strategically near the river, the Syahbandar Square and below the famous Bukit Puteri and this gives it accessibility to the locals and visitors alike. In front of the Istana is the Royal Arch, which was built to commemorate the installation of the present Sultan’s father, Sultan Mahmud Al Muktafi-billah Shah in 1980. The arch is made of marble and and steel and the top is a sculpture of the Royal Emblem coated in gold colours. Beyond that is the old original arch with a viewing tower at the top and marks the entrance to the Istana.

Istana Maziah, built in the late 19th Century, is one of the oldest palaces still in use in Kuala Terengganu, It was built after a fire destroyed the original palace on this site, called Istana Hijau, which was built by Sultan Omar in 1870. After the fire, Sultan Zainal Abidin III commissioned a new palace to be built in 1897, but its construction was slow due to lack of funds until it was finally ready in 1903.

The Istana Maziah complex in the days of Sultan Omar and Zainal Abidin III was linked at the back by a set of rumah tele or mini palaces that were used for the extended Royal Family. The “rumah tele” were all linked by overhead bridges as a safety measure, which saved the ladies of the house from venturing to ground level and being seen by the public.

Today, the rumah tele are no more (except for one, which now stands at the State Museum outdoor display section) but there are still some remnants left of the original palace complex now known as “Dalam Kota”. Istana Maziah had seen some renovations since it was first built and during the reign of Sultan Sulaiman until the present Sultan, it was used solely for royal ceremonies such as installations of a new Sultan and birthday investiture ceremonies. Today it lies empty with occasional royal events taking place. There are plans to turn it into a Royal Museum to be opened to the public in the future.

The architecture of Istana Maziah drew inspiration from French and European designs with local wood carvings used for its interiors and placed above the doors and windows for not only its aesthetics but also as natural ventilation. The foundation of the Istana was built from a mixture of chalk, clay, sand salts, egg whites, lime and honey and remains strong to this day. – Credit – http://beautifulterengganu.com