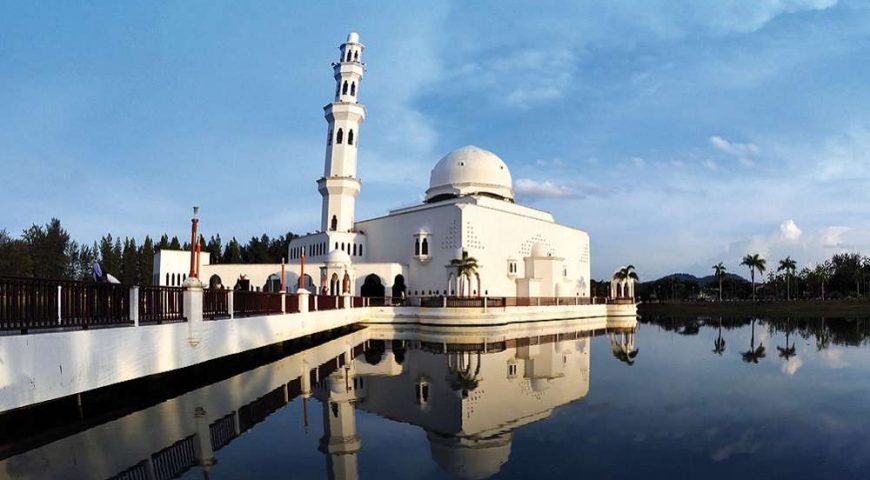 The floating mosque or Masjid Tengku Tengah Zaharah in Kuala Ibai is one of the most photographed mosque in Terengganu. Its simple Middle Eastern design and fully painted in white stands as a beautiful monument illuminating its radiance in a picturesque setting. The mosque was built by the late Sultan Mahmud (1979 – 1997) and was so named in tribute to His Highness’ mother. However, it is commonly known as the floating mosque due to its locality above a lagoon.

The mosque may not be able to boast about its size nor any lavish interior design, but its beauty stems from its place at the edge of the Ibai River surrounded by water that makes it so enduring to visit. – Credit – http://beautifulterengganu.com